Mari & Benjamin got married in February 2020 (RIGHT before the pandemic). They went on their honeymoon and when they came back is when covid and the shutdown happened. They squeezed everything right in time (lucky, right?). I have seen this couple on Insta a few times now and thought that they would be perfect for this winter elopement styled shoot.

On this day it was absolutely freezing but also SO good. We had such a blast organizing everything and seeing the final product come out so perfectly. All of the photos that we took were on ice. We had this styled shoot at Kensington Metropark in Milford, Michigan. I was really hoping for all the snow to be gone and to have a blue ground, but it still worked out. The shoot was originally just supposed to be the models, dress and one bouquet and that's it. However, when I asked Maria from Acre and Arrow to join me to get some fun video content, she convinced me to add in some more goodies. Modernly Events and Parsonage Events put together everything else such as the rentals, tablescape and florals in the short week that I asked them to be a part of everything. I am still amazed at their work and they seriously made everything come together so perfectly. The little pies on the plates were the most adorable things (I'm still obsessing over it).

For this styled elopement, Mari got her hair and makeup done by Face by Nertila and her lace floral dress was from Lael Rentals. One of the best parts of Mari's outfit was her Timberland boots which paired perfectly with Benjamin's jacket. Mari & Benjamin were absolute troopers, but don't get me wrong we were all still FREEZING! We tried to keep them moving the entire time to keep them somewhat warm. We did have to take breaks throughout the shoot for the couple to go to their car and warm up. Despite the freezing cold temperatures you couldn't even tell they were cold in the photos. I mean they were seriously incredible.

Overall, this session was perfect. Mari & Benjamin were the perfect models and were so kind. Actually, a few days before the shoot I went to drop off the dress and other supplies at Mari's house and she invited me in with her family to hang out. I ended up being there for an hour or two just eating, drinking and talking with her and her family (who I have never met)! They were all so kind hearted and it made me even more excited for their shoot!

Photos By Gayle does more than just take photos of people. Rather, it is capturing moments of LOVE and HAPPINESS. Singing to the skies, dancing in a field, smiles that hurt because they’re so big. There is nothing else I would rather be doing than photographing these unique details that make you and your significant other a couple. If Maria & Benjamin's photoshoot puts a spark in you, you know where to click <——— right there! 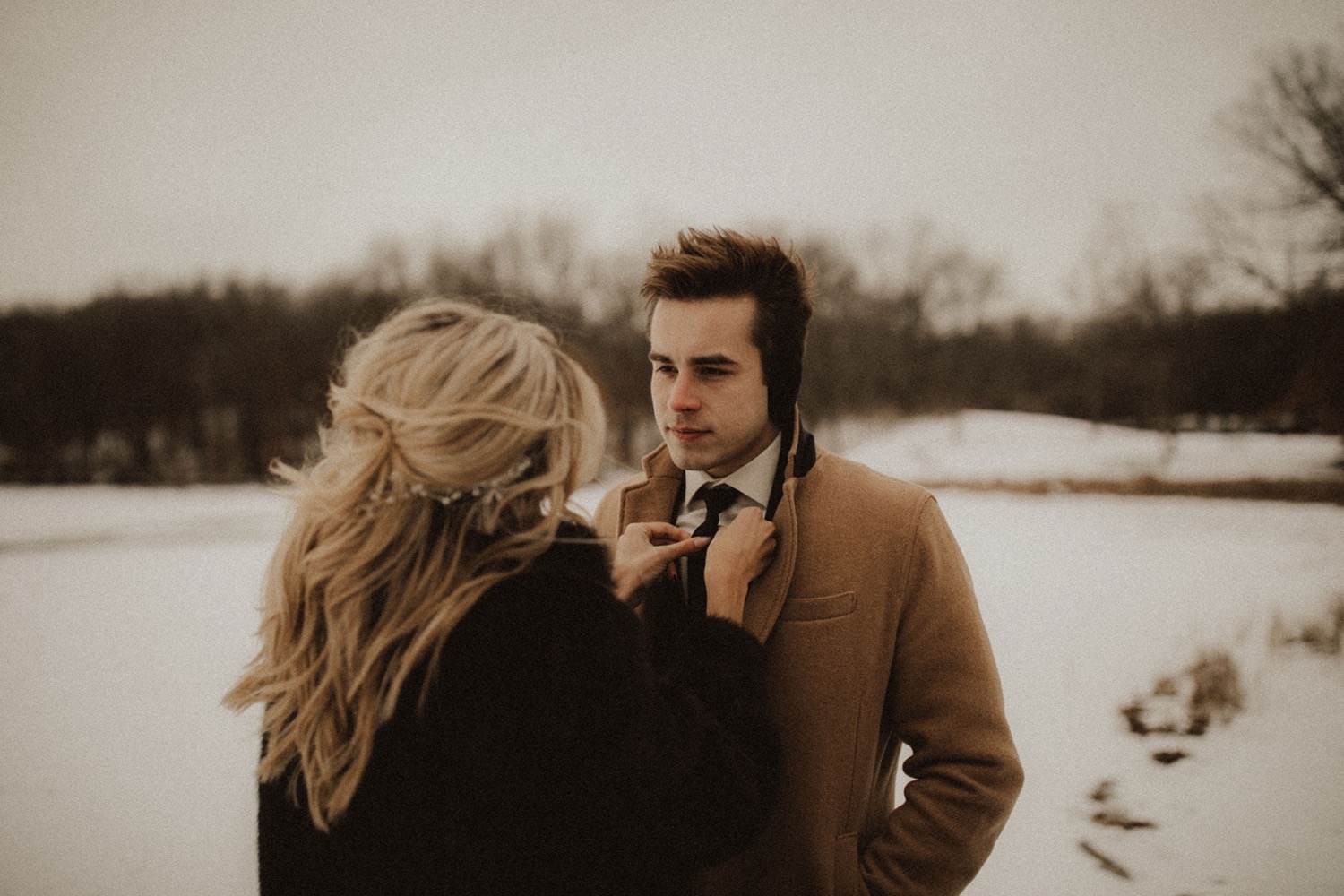