So recently I decided that every time I travel I want to make it a goal to set up at least one photoshoot where I am. My mom, sister and I were visiting my grandparents in their new home in "The Villages" in Florida so it seemed like the perfect opportunity for a photoshoot scout. I searched for a good bit on some Instagram hashtags to find the perfect couple for my vision and I stumbled upon Stefany & Rubie.

Stefany & Rubie instantly caught my eye and were willing to drive a couple hours from home to meet me at Wekiwa Springs Park in Apopka, Florida. There was a lot of traffic this day so we both ended up arriving a little later than anticipated but nonetheless we made it and were ready to have a blast! Upon arrival however, we were informed that the gate to the park closed in about 25 minutes so we didn't have a lot of time, so we had to move fast. The time that we did have together, we used the heck out of it.

My sister had also come to assist me and take behind the scene videos and it was actually her first time coming to one of my sessions. It was so much fun to bring her along and hang out with her while I showed her how I work. Stefany & Rubie were SO sweet together, I seriously couldn't get enough. They got married back in 2020 and were supposed to have a big wedding originally but had to scale it down to an elopement in Yosemite (amazing though!). They said is 2021 they want to have the big party that they originally had planned and play their video from their elopement in front of everyone. I was so happy that I was able to do this photoshoot with them and really capture the love & connection that these two have for each other.

They even had set up their own camera and tripod for behind-the-scenes videos for their Youtube page. It was so much fun trying to see how much we could fit in during the little time that we did have. We even were able to include an outfit change (I'm still amazed by it!). Regardless of how fast we were moving to get this session done, I had so much fun and Stefany & Rubie were just amazing models.

Photos By Gayle does more than just take photos of people. Rather, it is capturing moments of LOVE and HAPPINESS. Singing to the skies, dancing in a field, smiles that hurt because they’re so big. There is nothing else I would rather be doing than photographing these unique details that make you and your significant other a couple. If Stefany & Rubie's photoshoot puts a spark in you, you know where to click <——— right there! 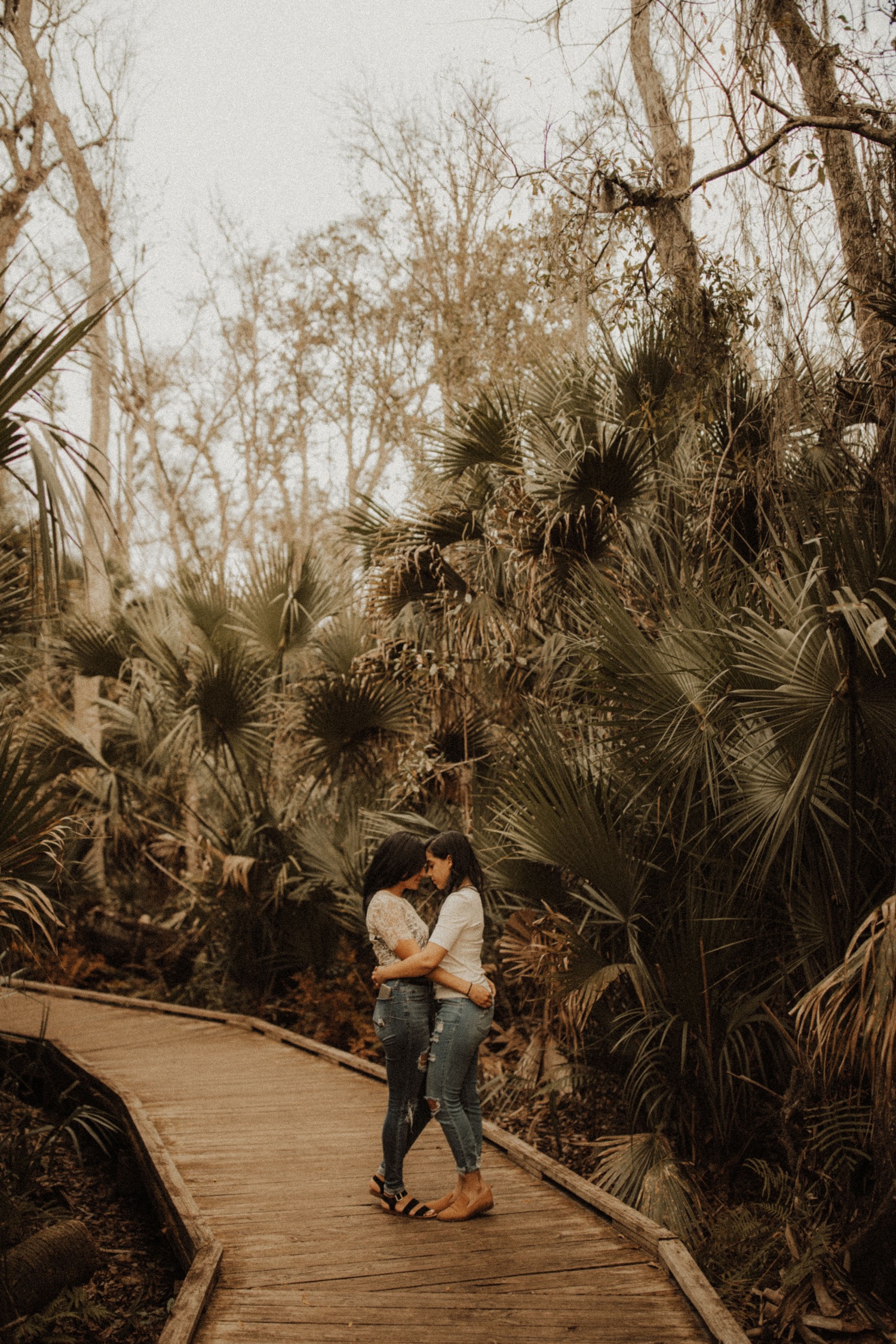 portraits at the warren dunes