I was so excited when Allison and Jess first inquired with me about their engagement session. When first chatting with my couples, of course it’s vital for me to get to know them. I learn about their love story, what makes them unique and ask them questions like what are their favorite things to do/eat together. Once food was involved, they immediately knew their answer. The response you may ask? Chili fries! Allison and Jess' favorite shared meal is chili fries so naturally they wanted to incorporate this detail into their engagement photos! Fun fact: Allison and I share a mutual friend, one that I used to play softball with way back when! Knowing this information, that’s how Allison came to find out and inquire about doing their engagement photos. Honestly I think it’s crazy how full circle life can be sometimes, don't you think?!

For the start of their engagement session, the original plan was to go to Hart Plaza which is right alongside the riverwalk in Detroit, Michigan. As soon as we pulled up to the plaza, that's when we noticed that the area was completely blocked off by fences - ugh bummer! There was a lot of construction being done, so we had to scrap that idea and head to Plan B (p.s always have a Plan B). While thinking on our toes, we headed to a side street right by the plaza and that’s where we started off this session. Although this wasn’t the initial plan, the photos turned out better than I could have imagined. Allison and Jess even brought along their pup, Ollie, for the photos and can we just take a moment to absorb all of the cuteness?? We were able to capture the essence of city life and have a much more laid back feel, which is exactly the vibe we were going for. If you take a close look too, in some photos across the river you can actually see Canada!

After our excursion along the side streets of Detroit, we made our way over to American Coney Island. Coincidentally there are actually two Coney Island’s in Detroit and even more coincidentally they are right next to each other! It's because of this, that here in Detroit there is a well known rivalry between them. I know, I know… the drama! Once we arrived at ACI we began taking photos and they seriously are the cutest, quirkiest, down to earth people you could ever meet. We just spent the time eating chili fries, hanging out and basically became bff's. Being chili fried out, we made our way to our next location!

Although the sun had already set at this point, we were determined to make the most out of the day. As our last location, we ended up the Eastern Market. The Eastern Market has been around since the 1800's and is a cornerstone which brings together the community through fresh and nutritious food. Now an important thing to note is that throughout my sessions, I usually try to make a point to have my couples do something goofy. This eases some tension off of them and you’re really able to showcase more of your personality, be intentional and just be YOU! After prompting Allison to go up to Jess and kiss his ear from behind, the results were nothing but gold. Jess later revealed that he actually cringes from his ears being touched so his reaction was the most genuine and funny thing… which almost seems like that was the whole point! Before ending this beautiful session, we stopped at some parking spots. As you can imagine, all natural light had dissipated so we relied on street lamps to light our way but it turned out to be some of my favorite photos. I can't help but think back and feel so grateful that even something as simple as walking the streets of the city can become forever memories. To me.... that is so very cool.

Photos By Gayle does more than just take photos of people. Rather, it is capturing moments of LOVE and HAPPINESS. Singing to the skies, dancing in a field, smiles that hurt because they’re so big. There is nothing else I would rather be doing than photographing these unique details that make you and your significant other a couple. If Allison and Jess' photoshoot puts a spark in you, you know where to click <——— right there! 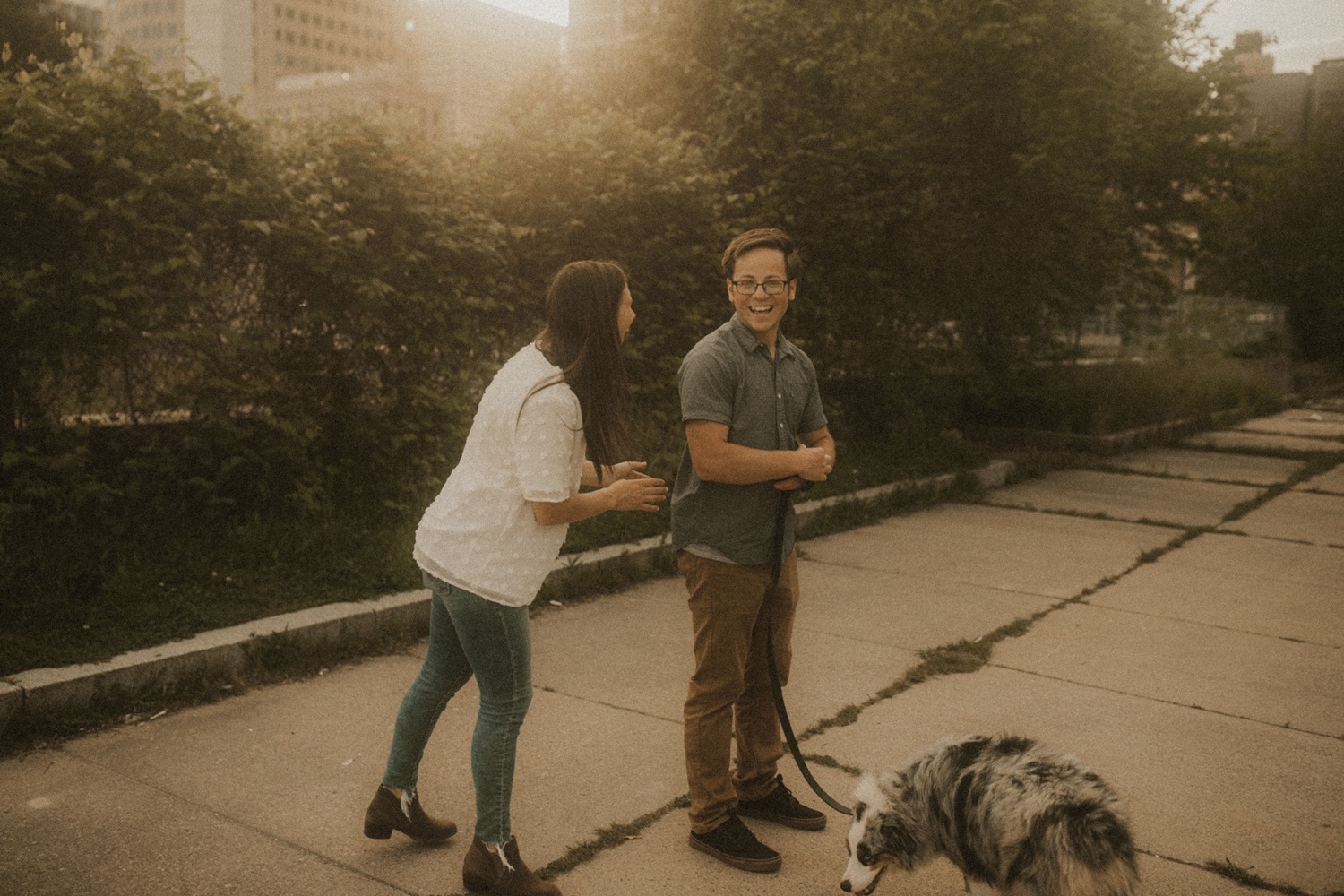