Perry & Nick are the type of people that you just have so much fun with and are true naturals in front of the camera. Perry & Nick wanted a winter wonderland engagement session and that's EXACTLY what they got.

Nick & Perry had decided that they wanted their engagement session at Hocking Hills State Park in Logan, Ohio. Since it was the middle of winter, we were a little worried that all of the waterfalls would be frozen but we ended up getting lucky and everything looked PERFECT! When we arrived it started to lightly snow and it remained snowing the rest of the session which truly fit the whole winter wonderland vibes we were getting. You can even tell how much it was snowing on how wet Perry's hair looks by the end of the session! Their black outfits were the perfect compliment in the white snow and made them stand out. Although it was snowing, the temperature didn't reflect that and it didn't feel too cold. Throughout this whole session I felt like we entered Narnia. The second that we entered in the park it was so magical and nobody else was there since it was the dead of winter so we got to get a bit creative.

Although it was a 4.5 hour drive from my house, since it was an engagement session I decided making the roundtrip in one day was going to be no problem. About halfway to my destination, my mom was trying to convince me to get a hotel near the park since the weather had a predicted a large snow storm. Despite my mother's advice, I had decided that I didn't need one and that I could trek my way there and back with no issues, BOY WAS I WRONG! After the session had ended, the drive home ended up being everything but spectacular. Instead of the original 4.5 hour drive back, it took me about 7.5 hours and I got home around 2am. I had passed by 11 accidents and was going about 10 mph along with everyone else on the freeway and I couldn't even see 30 ft ahead of me!! Thankfully, I had some friends and family who were awake while I was driving who I talked to to help keep me awake. Perry & Nick also were driving back to Michigan so they too were experiencing the same mess that I was. Moral of the story: listen to your mom because she is most likely right LOL! This snowstorm in particular ended up being the biggest snowstorm Michigan had this year.

All in all, the session was still magical though and I definitely want to go back next winter for more sessions. Nick & Perry were so kind and absolutely amazing to work with.

Photos By Gayle does more than just take photos of people. Rather, it is capturing moments of LOVE and HAPPINESS. Singing to the skies, dancing in a field, smiles that hurt because they’re so big. There is nothing else I would rather be doing than photographing these unique details that make you and your significant other a couple. If Perry & Nick's photoshoot puts a spark in you, you know where to click <——— right there! 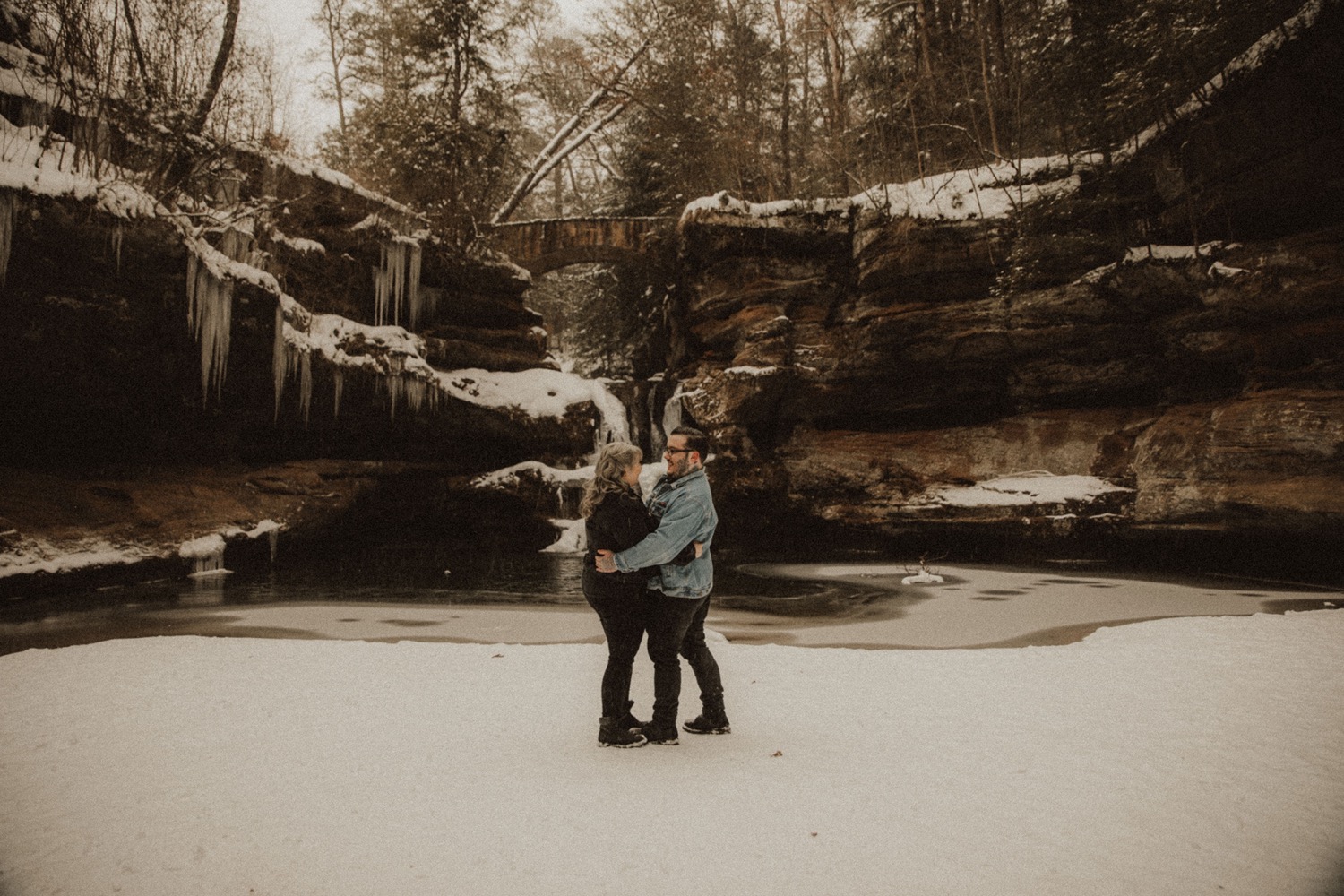