If you're someone who enjoys adventure, spontaneity and fun, eloping may be right up your alley. Eloping is all about the intimate and special moments between you and your significant other and this amazing elopement with Marissa + Justin was everything I could have imagined and more.

If you're ever in Oregon, a huge bucket list destination has to be God's Thumb which is along the Oregon Coast. A little bit of a hike is a small price to pay once you reach the edge of this amazing scenic mountain with views of the Pacific.

On this day, it was pretty windy and Marissa, Justin and I headed our way towards the peak of God's Thumb. We had originally thought that the hike would be a little bit longer, so once we arrived at the top we realized that the sun was a bit too harsh. Instead, we decided to sit in the grass for about 20 minutes waiting for the sun to start setting and we just talked.

Once the sun had started to set, we were up and ready for action and seriously it was such a dream. The sun was hitting perfectly and it felt like this very moment was made for them. Marissa looked like a golden goddess especially with her hair! It was in this beautiful braided crown (thanks to @lifeinbobbypins), her dress was by Off White Bride and seriously looked like it was made for her! As if it couldn't get anymore perfect, her florals by The Foxy Flora and hat by Gigi Pip really tied the entire look together.

At the end of this beautiful elopement, I was absolutely blown away by how magical everything was. If you've been debating on a seriously insane and epic adventure session/elopement - I would HIGHLY recommend checking out this amazing location.

Photos By Gayle does more than just take photos of people. Rather, it is capturing moments of LOVE and HAPPINESS. Singing to the skies, dancing in a field, smiles that hurt because they’re so big. There is nothing else I would rather be doing than photographing these unique details that make you and your significant other a couple. If Marissa + Justin's photoshoot puts a spark in you, you know where to click <——— right there! 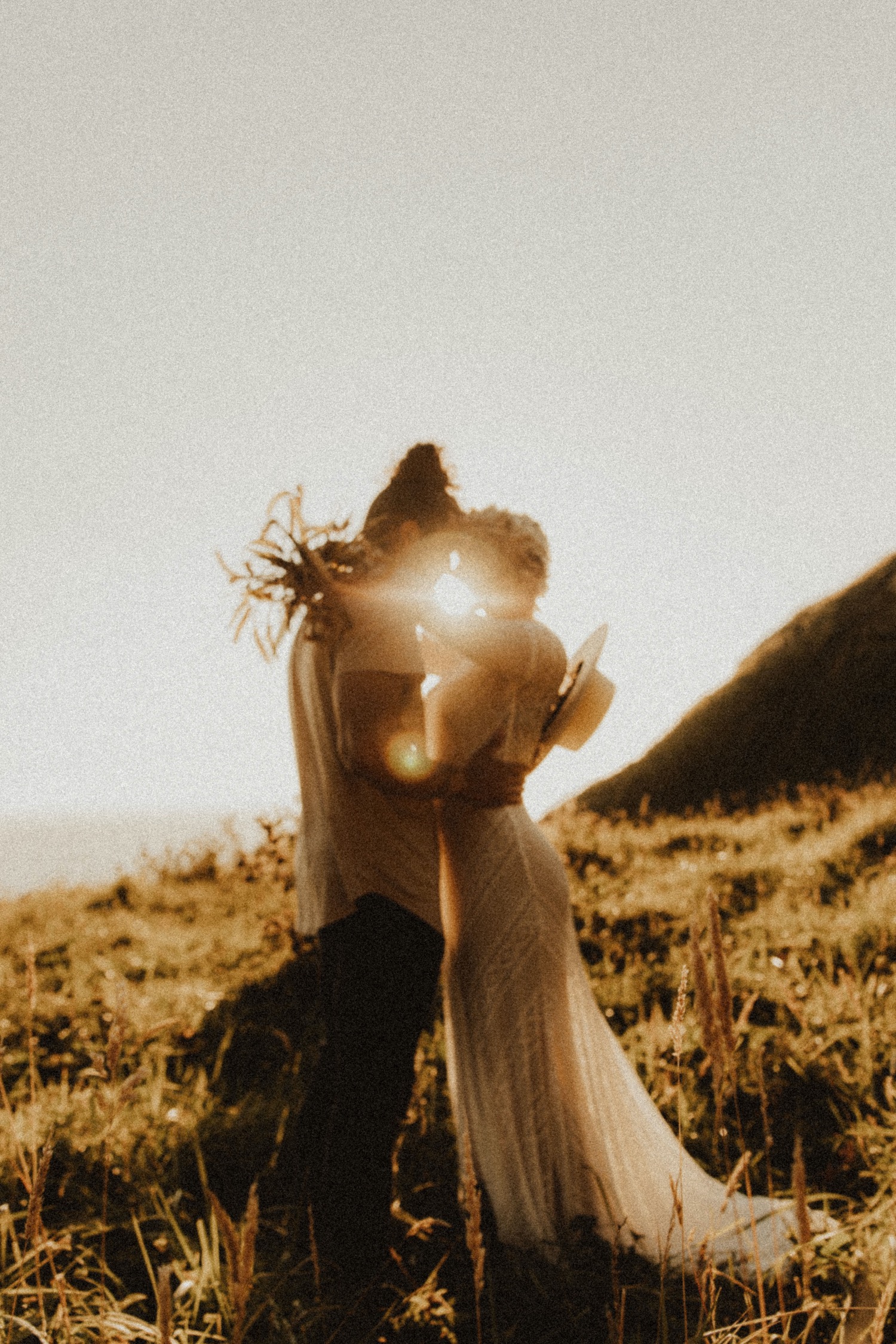