So originally Maddie & Conor reached out to me for their wedding which coincidentally would land on my birthday in 2022. Unfortunately, I already have that date booked but they still wanted to go ahead and do their engagement session with me and I couldn't have been happier!

They wanted to get really cool views of pine trees and also have a mix in of beachy vibes and that's exactly what we got! For the best pine trees (imo), I love being able to go to Stony Creek Metro Park in Shelby Township, Michigan. Prior to engagement sessions, I am always there to give advice on what to wear to your engagement photos. I suggest neutral colors but also make sure you're wearing an outfit that YOU feel comfortable in. Comfortability is key! Maddie & Conor came in and their outfits fit the vibe perfectly! They were naturals when they were in front of the camera, so much so that I even asked them if they would want to be models for me for any future shoots that I need help with!

This was actually one of the first sessions that my husband came to. It was so much fun to have him join me during an engagement session and he really was the BEST assistant. Maddie & Conor were seriously the best couple who were down for just about anything. Their love was so gentle and kind with one another and they were just the absolute cutest. For the most part, the entire shoot we had such beautiful weather. It wasn't until we got to our beach location when it started to get a bit cooler. The sand was actually so cold that it felt almost like ice - so although we didn't stay there long, we still got some incredibly epic shots.

At the end of the day, I left with the biggest smile on my face. I love being able to work with couples who truly entrust my vision and are so carefree to try something new and different with their engagement photos. Although I won't be there to capture their wedding, I am still so honored to have been able to create unforgettable and special memories for Maddie & Conor. Congratulations M&C!!!!

Photos By Gayle does more than just take photos of people. Rather, it is capturing moments of LOVE and HAPPINESS. Singing to the skies, dancing in a field, smiles that hurt because they’re so big. There is nothing else I would rather be doing than photographing these unique details that make you and your significant other a couple. If Maddie & Conor's photoshoot puts a spark in you, you know where to click <——— right there! 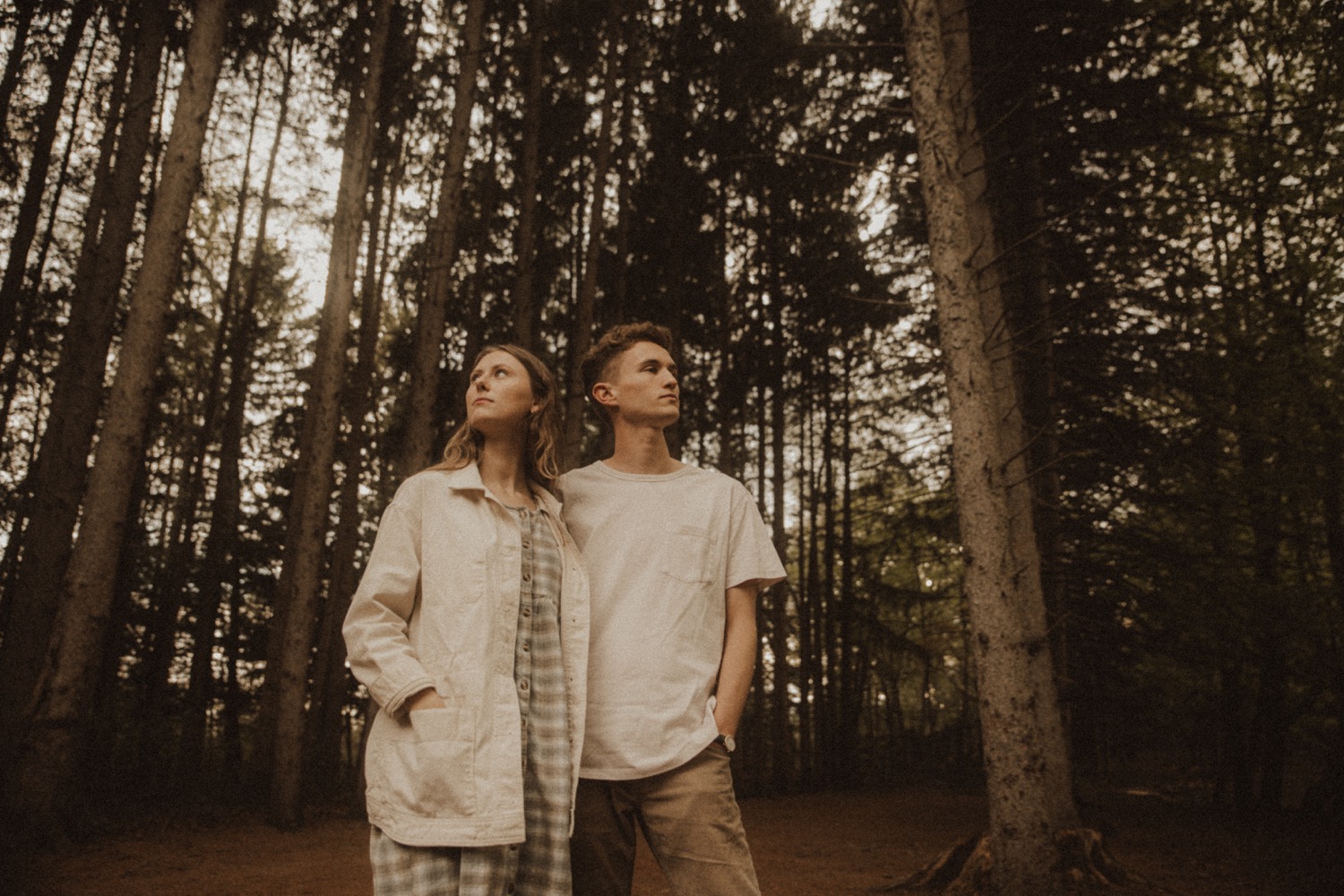 between the pines fall engagement photos