People always talk about true love, but what does true love look like? Bri + Blake have a baby girl together and throughout this entire session you could sense the positivity, love and happiness radiated between them - and that is what true love looks like.

It was a warm sunny day in July and Bri, Blake and I headed out to Proposal Rock at Neskowin Beach near Lincoln City, Oregon. This was my first session while I was in Oregon so I was already blown away by the scenery but once I stepped foot onto this beach - it was magical. This location had a little bit of everything from the beach to the waves and to the cute little caves, we knew that this was going to be good.

Our first instinct was to head straight to the water but despite the weather being warm (and it also being the middle of July), the water was insanely cold. As soon as I put my feet in the water they became numb almost instantly and it felt like their were pins and needles poking them! In come Bri + Blake being the absolute troopers that they are, submerging their whole bodies in the water - I can only imagine what they felt! Honestly we probably only took about 5 photos before they had to get out from being so cold but who would know, right??

Even through the frigid waters, Bri + Blake were still able to nail their session and look absolutely flawless while doing so. After rolling around in the sand and being cold & wet from the freezing temperatures of the water, it was amazing that Bri's half up-half down braided hairstyle by @lifeinbobbypins was still intact and her dress was still as beautiful as ever.

I enjoyed every minute of this beachy dream with Bri + Blake and it definitely was a great way to kick off my Oregon trip. Proposal Rock was such an amazing location and I am counting down the days before I can go back again.

Photos By Gayle does more than just take photos of people. Rather, it is capturing moments of LOVE and HAPPINESS. Singing to the skies, dancing in a field, smiles that hurt because they’re so big. There is nothing else I would rather be doing than photographing these unique details that make you and your significant other a couple. If Bri & Blake's photoshoot puts a spark in you, you know where to click <——— right there! 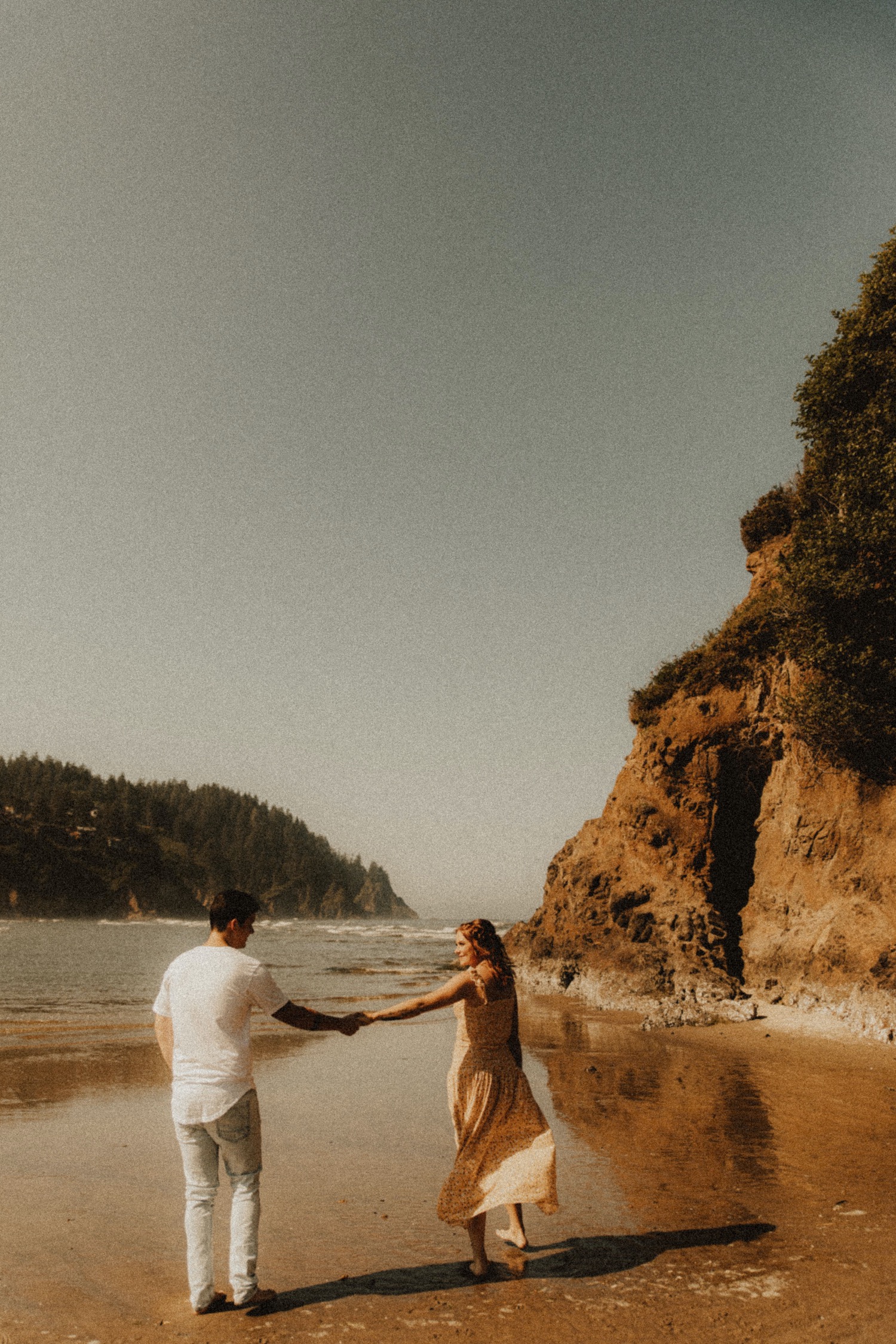