This past winter I was really taking the time to be creative & experiment with different things. You could say I got pretty bored and I really wanted to start shooting intimate sessions. After searching high and low for cool and fun Airbnb's in Downtown Detroit (which by the way... are SUPER expensive for what we were going for), I ended up using my backup plan. My cousin actually lives in Downtown Detroit so I contacted her to see if I could use her house as our photoshoot spot and she said YES! Even though she wasn't going to be home, she still let us use her place and it was seriously so generous of her.

I also invited a videographer friend of mine, Diffuse Media, along for this shoot so she was able to get some cool intimate content for herself too. Sydney and Jake have so much chemistry and are naturals when it comes to being in front of the camera, so I had no doubt in my mind that these photos wouldn't be anything short from EPIC. My whole vision was to make the photoshoot look like natural, laid back and kind of like I wasn't there (if that makes sense...). Doing things such as making breakfast together or hanging out in the kitchen makes it all the more real and kind of like a movie, which really was my goal.

Jackpot though is when we saw the sun shining in through the window grates. A lot of homes in Detroit have these window grates so we just HAD to utilize the beautiful lighting coming through. I could not stop taking photos at that spot, it was just so beautiful. The whole shoot couldn't have gone more perfect. You can't really tell through the photos but with all of us in the kitchen it was a bit cramped, but we still made it work. Everything that I wanted to accomplish and MORE happened during this session. Afterwards, Sydney, Jake, my husband Joe and I went on a double date together to the restaurant that my cousin (home owner) works at, Slows BBQ! It seriously was the best day ever and it's always a good time hangin' out with Sydney and Jake.

Photos By Gayle does more than just take photos of people. Rather, it is capturing moments of LOVE and HAPPINESS. Singing to the skies, dancing in a field, smiles that hurt because they’re so big. There is nothing else I would rather be doing than photographing these unique details that make you and your significant other a couple. If Sydney & Jake's photoshoot puts a spark in you, you know where to click <——— right there! 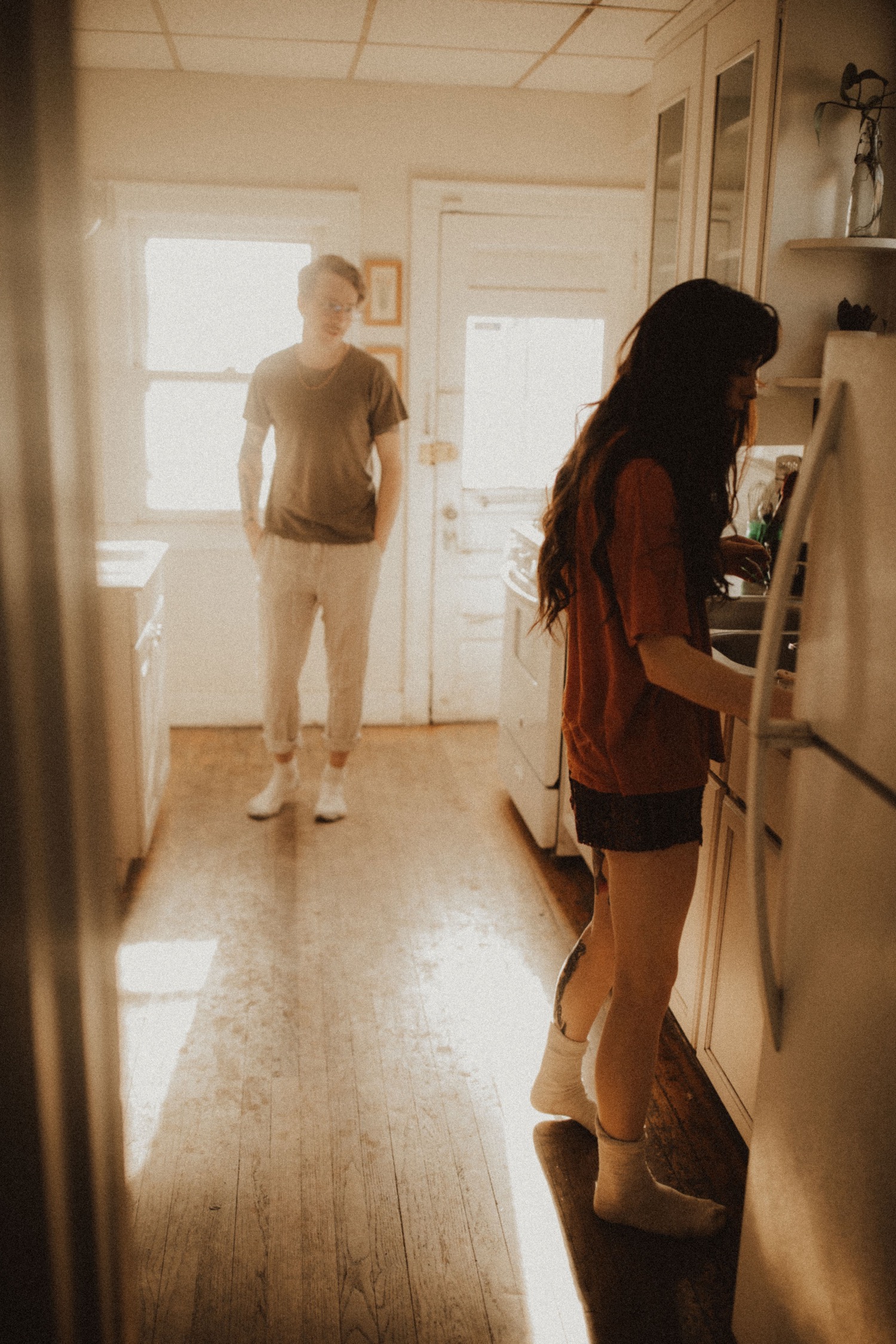