Do you ever just have such an amazing idea that you can't wait to fully put it in motion? That is exactly what I was feeling when Gianna, Ryker and I had officially planned to do this amazing shoot.

Gianna, Ryker and I thought it would be an amazing idea to have a sunrise shoot at the top of a cliff at the Yaquina Head Lighthouse along the Oregon Coast in Newport, Oregon. So off we went to have this incredibly epic and exciting photoshoot - what could go wrong, right?

Once we arrived, it was a a little bit of a walk to get to our destination location so Gianna, Ryker and I began our venture towards the Yaquina Head Lighthouse. On the the way up, we stumbled upon at least 100 seals on a large rock on the sea (it was the cutest thing). Our hope was to have this photoshoot on the cliff overlooking the beautiful ocean views and the breathtaking sight of this amazing lighthouse... but boy were we wrong. Not only was it kind of chilly but the entire area was smothered with fog. So thick that you couldn't see anything through it (so much for ocean views, am I right?).

Although the weather isn't what we expected, we decided to roll with what we got and make it work. The result couldn't have turned out any more perfect though. With the fog draped all around Gianna and Ryker it looked like a movie (brb...let me go grab some popcorn). Paired with their all black outfits, they stood out so beautifully against the eeriness of the fog and the boldness of the lighthouse.

Romance was definitely in the air between these two and even though the weather didn't turn out exactly like we planned, the experience was absolutely unforgettable.

Photos By Gayle does more than just take photos of people. Rather, it is capturing moments of LOVE and HAPPINESS. Singing to the skies, dancing in a field, smiles that hurt because they’re so big. There is nothing else I would rather be doing than photographing these unique details that make you and your significant other a couple. If Gianna and Ryker's photoshoot puts a spark in you, you know where to click <——— right there! 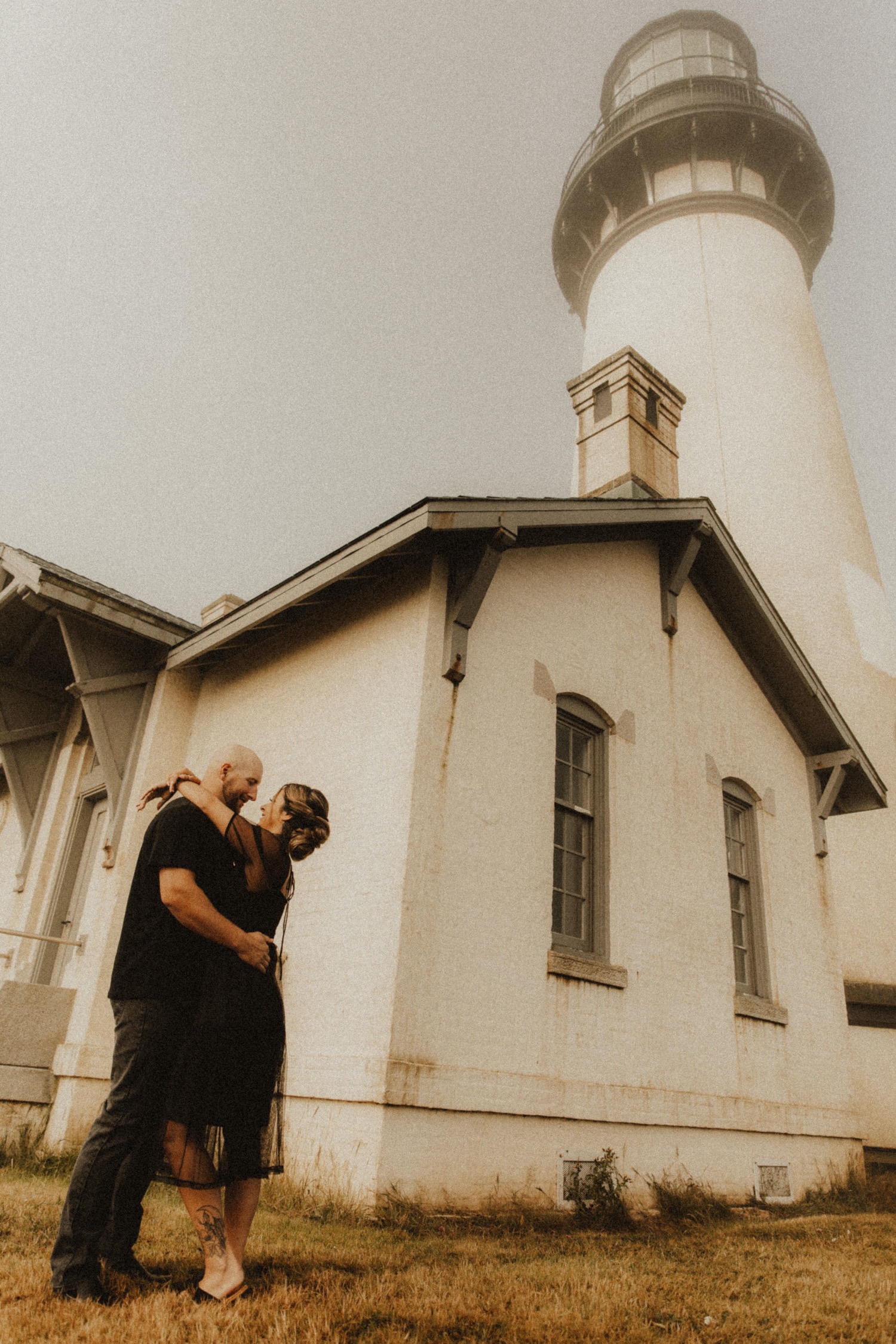